What you need to know:

-Stocks are struggling to recover from Monday’s plunge.

-Bank executives are headed to the White House.

-Trump is slated to pitch the Senate on a payroll tax cut.

-Saudi Arabia fired a new shot in the oil war with Russia. 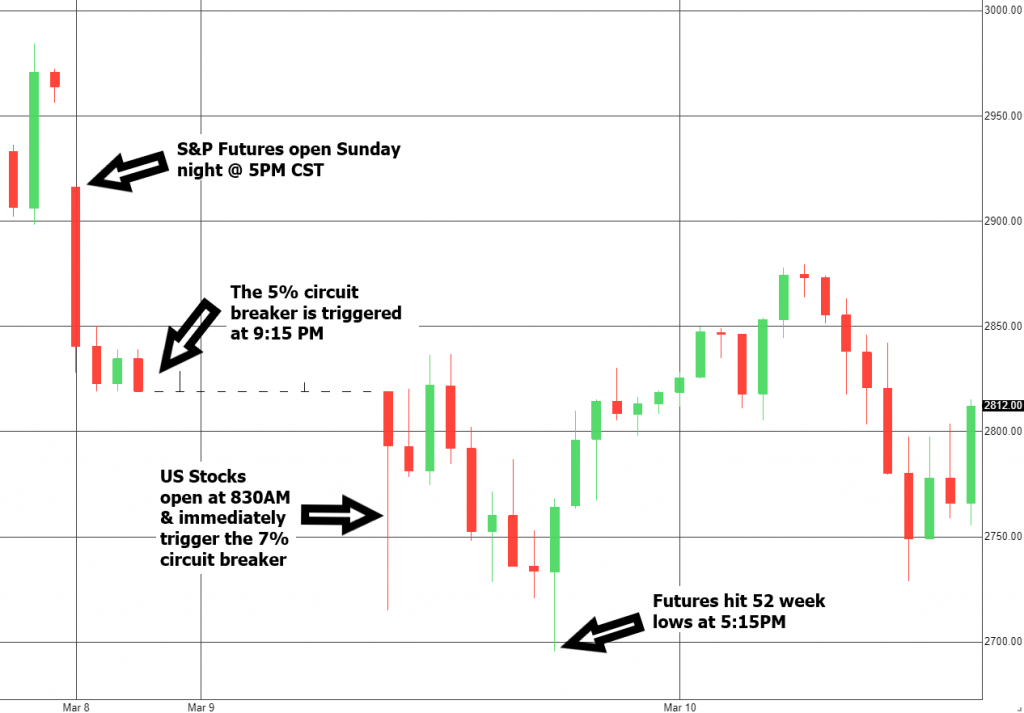 Shares on Wall Street bounced on the Tuesday open as traders set their eyes on Washington to stimulate the economy as coronavirus spreads, but stocks have swung from highs to lows and back, highlighting strengthening volatility.

President Trump said on Monday night that his administration is looking to cut the payrolls tax to help the economy as signs point to a worsening outbreak in the United States. He is also said to be considering using FEMA to deliver funds to stimulate the economy, a move that wouldn’t require congressional approval. The White House hasn’t made anything official.

Another source of fear is the lack of testing within the United States. With less than 5,000 people tested so far in the states, future increased testing for the coronavirus is expected to generate larger infection numbers in the coming days and weeks, which could prove to be a new challenge for investor sentiments.

Monday’s across-the-board plunge saw the S&P 500 drop almost 8 percent, making it the largest daily decline since December 2008 resulting in multiple trading halts. In foreign markets such as Asia and Europe, many indexes fell more than 20 percent from their highs.

Lastly, oil plummeted by more than 20% on Monday, and retraced almost half of their losses today, however oil prices are still down more than 45 percent this year.

President Trump will be meeting with executives from the nation’s biggest banks on Wednesday afternoon.