What are Donchian Channels?

The Donchian Channels are in indicator displayed as three lines on a chart, derived from moving average calculations. There are three parts of the Donchian Channel indicator; the upper, middle, and lower bands. The upper band marks the highest price of a futures or options contract over X periods, while the lower band marks the lowest price of the futures or options contract over X periods. The area between the upper and lower bands represents the “Donchian Channel”. Well-known futures trader Richard Donchian developed the indicator in the mid-twentieth century to assist him in identifying trends.

What is the Formula?

What Can Donchian Channels Tell Us? 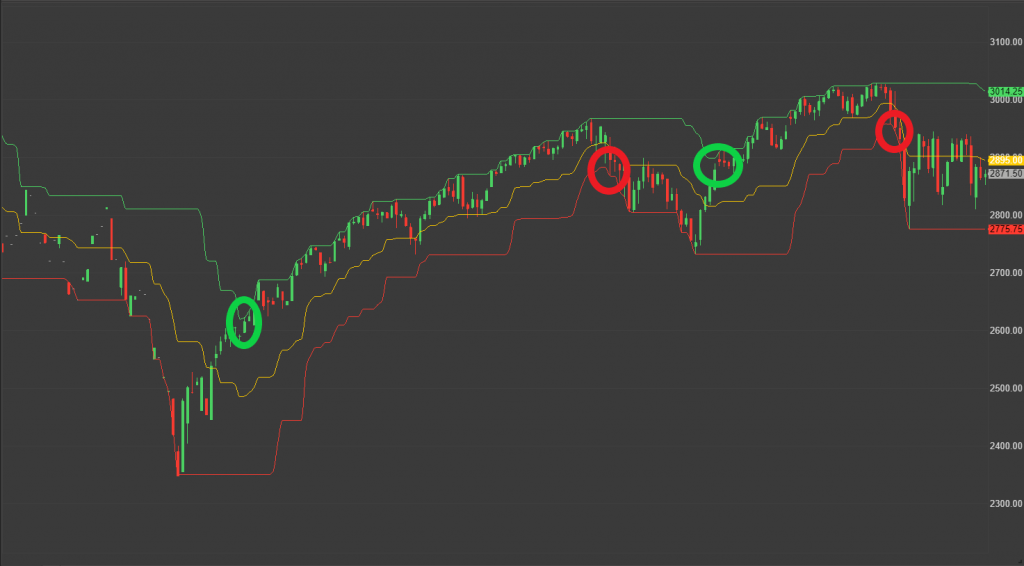 Above is a daily chart of the E-Mini S&P 500. The Donchian Channels are most commonly used on a daily chart, with a 20 period (20 day) look back.

A buy signal (green circle) occurs when the the market touches the upper band of the Donchian Channel. This establishes that a new 20-day-high has been traded, and that a bullish trend might follow.

A sell signal (red circle) occurs when the market touches the lower band of the Donchian Channel. This establishes that a new 20-day-low has been traded, and that a bearish trend might follow.

The Limitations of the Donchian Channels

Markets move according to many types of activity. An arbitrary N period value for the Donchian Channels may not reflect current market conditions, generating false signals that can negatively affect trading and investment performance.